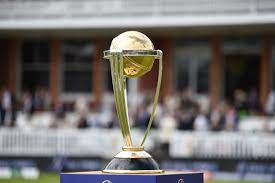 The ICC Men’s Cricket World Cup 2023 will be India’s 13th edition of the 50-over World Cup. For the fourth time in its history, India will host the quadrennial event, which will take place in 2023.

Ten teams will compete for the prestigious trophy. The structure will be identical to that of the 2019 event in England and Wales, with a round-robin stage followed by knockouts.

In the round-robin stage, all ten teams will compete against each other once. A win gets the winning team two points in every match, while a tie earns both teams one point.

The top four teams from the round-robin round will advance to the semi-finals. The winners of the two successive semi-finals will compete in the final to determine the champion.

The major qualification road for the event will be the ICC Cricket World Cup Super League 2020-23. The top seven teams in the CWCSL standings, as well as India, who will automatically qualify as hosts, will get direct entrance into the event.

The ICC Men’s Cricket World Cup in 2023 will be the tournament’s 13th edition. The competition first took held in 1975 in England.

England are the defending champions, having won the trophy on home soil in 2019 after defeating New Zealand in a thrilling final at Lord’s.

Australia has won the Cricket World Cup five times, making them the most successful side in the tournament’s history. The event has been won twice by the West Indies and India, and once each by England, Pakistan, and Sri Lanka.

Australia is the most successful side in Cricket World Cup history, having won the competition a record five times. The event has been won twice by the West Indies and India, and once by England, Pakistan, and Sri Lanka.